I am taking on a new direction of writing this time; today’s piece is going to be on something controversial, something both strange and familiar at the same time. And that’s “The nose”. Okay, just before you close this page and find something important to do with your life, hear me out. I think you will enjoy it, especially if you are enthusiastic or having your midlife crisis or preparing for one or genuinely curious about life.

We have always known ourselves to smell volatile analytes- with exception of people having anosmia or other smelling disorders. Whether a smell is pleasant or not, the consensus is always “we know when we smell something”. Well, I am not sure how correct this sentence is anymore, but we will come to that later.

Over and over again, we’ve been told how remarkably weak our sense of smell is, in comparison to other species such as dogs. We’re often told that we can distinguish between 10,000 different smells and dog are 1000 to 10,000 times better than us. But a group of researchers at Rockefeller University rigorously showed that our sense of smell has been tremendously underestimated all the while. In a work they published in science 2014, it reported that we can in fact, smell over a trillion different odors. Well, I am not going to go into their detailed studies and experimentation because that’s not why am here.

I think I should apologize in advance, if this piece looks like a PhD thesis or a review article. I just couldn’t find a better way to do justice to the scholarship, so references and citations will be used as we proceed. Actually this is the right time for the first reference (adamu et.al) – By the way, that was a joke, because none of my research or articles are related to psychology. Ops! I have gone off on a tangent.

So, the sentence that initiated this entire piece is “Humans can smell at a subconscious level, defining their reaction and behaviors involuntarily”. The implications of this provoked my curiosity, hence my hunt for more studies & evidence: because the notion that we behave in a certain way because we unknowingly smelled something, is the kind of thing that keeps me up at night.

We know to an observable extent, that dogs have stereo smelling ability, enabling them to position the direction of odor; most of these is due to fact that nonhuman primates have a special system that detects pheromones called Vomeronasal Organ (VNO), one of the major complications of demonstrating the use of pheromones in human is that although vomeronasal organ exists at embryonic stage, it degenerates in later development (Hays, 2003). More so, there is a missing neural link between the brain and the vomeronasal bulb (Trinidelli et al). Ergo, these VNOs are believed to be vestigial and non-functional in humans. If so, then we shouldn’t be able to smell pheromones. Or should we!!???

Now that we have established that we humans don’t have the full sensory system that smells pheromones, it is however scientifically proven that airborne compounds/gases send signals about our moods, sexual orientation and even our genetic makeup without us knowing. Researcher Eric Palma made an experiment by playing a sad movie to a group of women, and then he collected their tears and placed it under men’s noses. The result was a significant reduction in the men’s testosterone level as well as arousal. This concluded that the men unconsciously smelled something in the unidentified fluid (‘tears’ for all we know), signaling them that romance is off the table.

This issue gets even weirder; a lot more studies have shown that humans can smell shape. Yes! We smell each other’s shape, and our decision on whether someone is sexy is not entirely based on what we see, actually more of it has to do with what we smell. Rikiwski and Gammer held an experiment to compare the ratings of attractiveness, body odor and index of body and face symmetry, they experimented with 16 male and 19 female, were the female subjects wore T-shirts for 3 consecutive days and then the shirts were given to opposite sex for judgment and preference. They reported positive correlation between selected shirts and the facial symmetry, body odor and attractiveness of the subjects.

Psychologist Devendra Singh made a similar study about people’s body shape and asymmetry using something called waist-hip-ratio (WHR) – quiet literally, the ration of the hip and the waist- and projected results showing that women with WHR of 0.7 and lower are more desirable to men. Singh concluded that WHR of 0.67 to 1.18 in females is attractive to men and 0.8 to 1.0 in men is attractive to women (Singh et.al 2004). So actually, the idea of beauty and admiration is conveying information about health and fertility, and we subconsciously deem a person desirable due to what we smell. 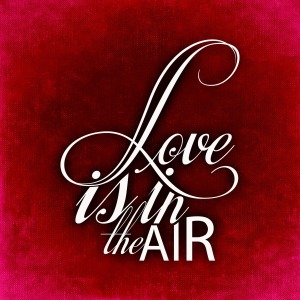 Of course, I am not conclusively saying that our actions and feeling are in fact controlled by the things we smell I have a list of people I hate and I have never met them before (don’t judge me). – But it’s paramount to rethink our supremacy in ultimate decision making. To go on another tangent here (I promise this will be my last), there is an unproven science – am not sure if calling it science is acceptable here, but anyway – which says that the menstrual circle of women who are in close proximity to each other synchronizes with time (McClintock). Although no sophisticated science behind it, but observational and hypothetical statements, coupled with a few theories have been presented.

The first hypothesis was in 1971, when a psychology student at Harvard (Martha McClintock) published a paper in ‘Nature‘ stating that women who spend a lot of time together will tend to have their menstruation cycle sync over time. She also based her hypothesis on the controversial science of pheromones and people’s behavior, her deduction was however rebuffed by some researchers such as Clyde Wilson. Another study in support of McClintock argued that during the cycle, a female companion unconsciously detect/smell some axillary secretions from her partner and this slows down her luteinizing hormone necessary for ovulation, consequently, the second partner will have her luteinizing hormone accelerated vis-à-vis her companion, resulting in uniform cycle. But even with that, the issue hasn’t been settled as other scientists suggest “simply interpreting a data and not being cognizant to the ‘confirmation bias’ (the tendency to interpret information in a way that confirms ones preconceptions) can lead to errors in statistical analysis.”

Be it as it may, we should probably think twice when next rejected or responded counter-expected. We should consider the elements beyond the smell that could have triggered the reaction.